I’ve decided that my challenge for 2019 is to run 500 miles including running 3 half marathons. I’ve already run London Landmarks. See this photo:

The next half will be Run Reigate, followed by Royal Parks. And I’ll be raising money for Bone Cancer Research Trust.

There is no fundraising target as such. Just try and raise what you can. It costs just £40 for your place.

Book soon though as it will soon be too late to get a place.

Or if you can’t run or are not available on the day or live too far away, e.g. Australia, then you could support BCRT by sponsoring me!

Thanks for your support.

I went to Clumber Park on Saturday to take part in parkrun. I always run parkrun when I can but I’m also running the Vitality London 10,000 and raising a bit of money for Bone Cancer Research Trust too. Here’s a link to my justgiving page https://www.justgiving.com/fundraising/RunMMatthews

Anyway, when I arrived at Clumber Park I discovered that half of the runners were wearing wigs!

Not surprisingly I wondered what was going on. Well it turned out that it was the 200th parkrun at Clumber.

And what a good run it was. The potholes on the path had been filled. The introductory speech involved two young people and was really funny. And everyone was so friendly even though they knew I was from Surrey!

Back in February I was going to run the Brighton Half and was training hard for it. Then Val had an operation a few days before and I started to have pain in my Achilles. Since then I haven’t been able to run much although last Sunday I managed a slowish 10k with no pain afterwards. So I should be ok, fingers and legs crossed, for London on the 29th.

Oh, and Val is doing really well but not able to lift things.

I’m raising money for BCRT. I’m now a Trustee of the charity. Last Saturday we had a meeting about the revised strategy. It’s very exciting but I can’t write about it yet. The launch will be in July. So watch this space – or even better – follow BCRT on facebook or visit their website.

Had a good run at the Royal Parks Half Marathon.

It was harder than the last few half marathons that I’ve run. This was either because I’ve had some foot pain or because of the recent flu vaccine or maybe having a bit of a virus or cold. Or maybe I haven’t trained as consistently as I usually do?

I also developed a blister on each big toe and somehow a cut on a small toe. I’m wearing slightly wider shoes than I used to do because my feet seem to have got wider!! But still got the blisters. Weird. Maybe I need to go up a size?

Anyway I finished in 2 hours 13 minutes which is a better time than Run Reigate but that is to be expected because Royal Parks doesn’t have a big hill like Reigate does.

Afterwards I went along to the Bone Cancer Research Trust BBQ which was excellent. Good to talk to other runners and supporters of BCRT. Great to get a massage too – although it HURT! Especially in my calves (aren’t they baby cows?)! According to the masseur the problem is my Achilles. I guess I need to be more consistent over stretching and using a foam roller.

Thanks to BCRT and everyone who has sponsored me.

I wasn’t sure whether to post the above. It just seems a little petty after hearing about the death of a runner at the Royal Parks Half who was also supporting BCRT. See http://www.dailymail.co.uk/news/article-3835193/London-father-second-child-way-collapses-dies-city-half-marathon.html

I had passed someone, who I now know was William, just after mile 10, who was having CPR and I was so hoping that the person would recover.

This is so very sad. My sincere condolences to William and his family.

This week is Bone Cancer Awareness Week and there is some brilliant new material on the Bone Cancer Research Trust website.

It is so important that accurate and accessible information is out there so that there is a greater likelihood of an early diagnosis of primary bone cancer and then successful treatment.

Well done everyone involved in producing this information.

Difficult run today. Was cool to start off with and I was in the zone for a bit but after 2 miles I just felt too tired. Managed 4.5 miles but not happy.

Wondering if it’s the flu vaccine I had last week or am I going down with something or am I just too ancient?!

Then this afternoon I received an email that Bone Cancer Research Trust have updated their website. It’s well worth a look. Happy now!!

After running Run Reigate Half Marathon in 2 hours 17 minutes. (I think my slowest time ever but not bad considering!) I am now going to run Royal Parks again and raise some funds again for Bone Cancer Research Trust. As you know if you’ve been here before BCRT is a great charity and very well worth supporting.

This time I’m fundraising through Virgin Money Giving as they don’t take a cut of the money you donate. See the link below to support me and BCRT.

Thanks v much for your support … and I’ll be posting some good news about Bone Cancer Research Trust here soon!!

Global Running Day is today, June 1, 2016 and apparently people are celebrating across the world. “Grab your sneakers, lace up, and let’s go!”

http://globalrunningday.org/ have something called the Million Kid Run. It’s about making fitness fun and inspiring kids to embrace running as a way to get healthy and fit. Well I certainly support that.

There goal is a million pledges and as of when I went on the website esrlier today they have 651,466. So I’ve pledged to run today too.

Does it make a difference? I can’t see how but I really hope it does.

Good run! Bit crowded for the first 3k or so but a good run otherwise. Probably under 60 minutes but will have to wait for the results to be sure.

Thanks to everyone who sponsored me at http://www.justgiving.com/malc-matthews

I’m doing 500 miles and 3 half marathons starting the clock with yesterday’s parkrun at Priory Park. Here’s a photo of me after the run.

And I’ll be raising some money for Bone Cancer Research Trust.

How long until the next BIG RUN? 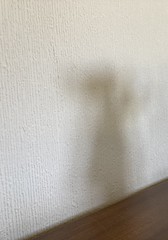 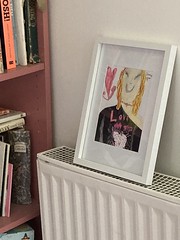